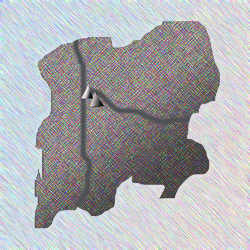 A civil war against the oppressor has been a success and the three revolutionary parties, each faction representing an army of guerillas and a section of the indigenous population, come down from their bases in the mountains and meet in the capital. Leaders of the three groups carve up the old dictator’s empire in accordance with an earlier agreement and go their separate ways.

i. The first Act of the three small inner-circles of leaders of the three  revolutionary groups is to establish their Nations.

ii. The second Act is to write an address to the people at this critical historical moment, uniting them as a people of a newly liberated nation and giving a sense of the future.

Write a one-minute (or so) speech including

One fast approach is to attend to logos, ethos, pathos, then choose strongest phrase or point of argument for repetition at beginning and end.

Consider use of Anaphora and other forms of repetition.

iv. Time passes, and the fortunes of the three nations develop in accordance with diligence and chance.

(the leaders draw for their fortunes: one finds ‘Splendid Prosperity’, one ‘A Reasonable Outcome’, and the third ‘Misfortune’)

A hierarchy of power in foreign affairs accompanies the domestic fortunes of the three nations.  But there seems the prospect of an upset when a technological race between the two most advanced and prosperous nations results in the development of the holy grail of clean energy tech, a process of fusion that draws energy from water.

v. But for a few minor complications all might have gone smoothly from this point, with the new tech leading the three nations out of the Age of Scarcity altogether. An accident of geography means that the major river systems of the continent. The two more powerful nations have need of large amounts of water, but little to spare. The most impoverished, on the back foot, has water aplenty

vi. The situation appears one in which the poorest country can bargain, but in fact the bargaining power extends only as far as choosing which of the two powers to become affiliated with in order that it be protected from the other.

vii. Leader of the nation that has suffered ‘Misfortune’ selects which other nation to join and reveals choice in a speech designed to gain the people’s support (and at this point the choice might as well represent the people’s best interests).

viii. Meanwhile the governments of the other two nations are preparing, in any case, for war. When the poorest nation’s choice is made, the nation left without access to water reserves has little choice but to act. The leaders of these nations must address the people also, to prepare them for what may be coming.

ix.  As the military forces of the two remaining nations are not sufficiently disparate for an overwhelming victory, the outcome is decided by chance.

The leaders of the countries draw, for ‘Victory’ or ‘Defeat.’ If the nation that has not had its numbers strengthened by the additional forces of the formerly independent third country, a second draw takes place as these forces rally.

Thus the outcome of the war is decided and the continent returned, for good or ill (probably) to monopoly, hegemony, and otheropolies and onys.

x. The game has hidden assumptions or rules decided beforehand that can be triggered by certain choices:

..in a despotic police state the leader is prone to assassination

..a democracy is slow to decide

..a communist state will have powerful enemies and enclaves of influential capitalist exiles overseas

..a Monarch must contend with a debilitating nobility for support of Her mandate

..a theocracy is party to a strong belief system not shared by the other two nations

xi. The game can be hacked: knowledge of the constitution (posted here beforehand) confers advantage in pointing out this last stipulation: leaders have the power to enter new stipulations in this Constitution, even during the course of the Game.