Four kinds of relations are set as the minimum needed for modelling the function of fiction in a useful way: 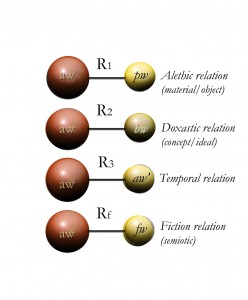 Alethic relations underpin a structure of worlds that takes one frame of reference as the Actual World, or a centred world, at which truth for worlds is evaluated. A text is here represented by the possible (or impossible) world it references, and its relation to the centred world at which the text has material existence. 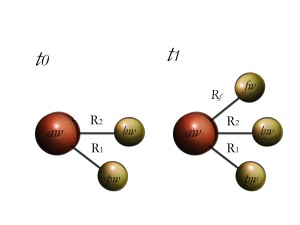 The temporal relation is here represented as external to alethic and doxastic relations between worlds. Causality is implicit in the idea of fiction as a function: a text is a set of sentences introduced and evaluated for truth at a world.  Therefore, time has a dimension external to the arrangement of centred+possible+belief worlds affected by the function.

However, worlds also contain time, and are related by it. Texts reference events, not just situations, so time passes at referenced worlds.  Confoundingly, worlds are also related in time, since a sequence of  ‘possible’ future worlds are linked in sequence with an Actual World of the present.

These two approaches to time contradict one another. On the one hand, each moment should be a separate world, in order that analysis can be made of the way future potential worlds are referenced by texts.  On the other hand, worlds contain many moments: past and future events and situations can be seen as ‘true’ in a qualified way at the Actual World.

The best resolution for this conundrum seems to be to . External to the model, the function that sees a text evaluated at a world for fictionality can be mapped to two moments at the Actual World, t0 and t1.   The other aspect of time that has utility is in the way worlds relate, so that, for example, a fictional world – a possible world described in a text at the Actual World – may become the Actual World after the passage of time.  By this coincidence of alethic and temporal modalities, the text references a future, though not current, Actual state of affairs.  For this reason it is necessary to allow that worlds may be related in a temporal way.

Beyond this, time is confounding and moot and can be ignored by the expedient of conflating any number of ‘moments’ to n.  In this way all periods of time can be treated, essentially, as equal: a second or a quadrillion years are both n. Thus the dynamic nature of events at worlds  can be treated as, in a sense, static, without cost. 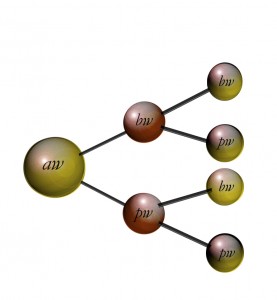 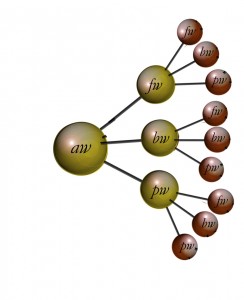 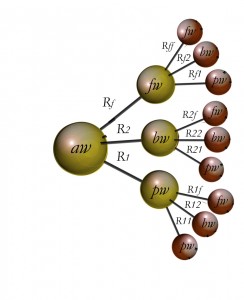